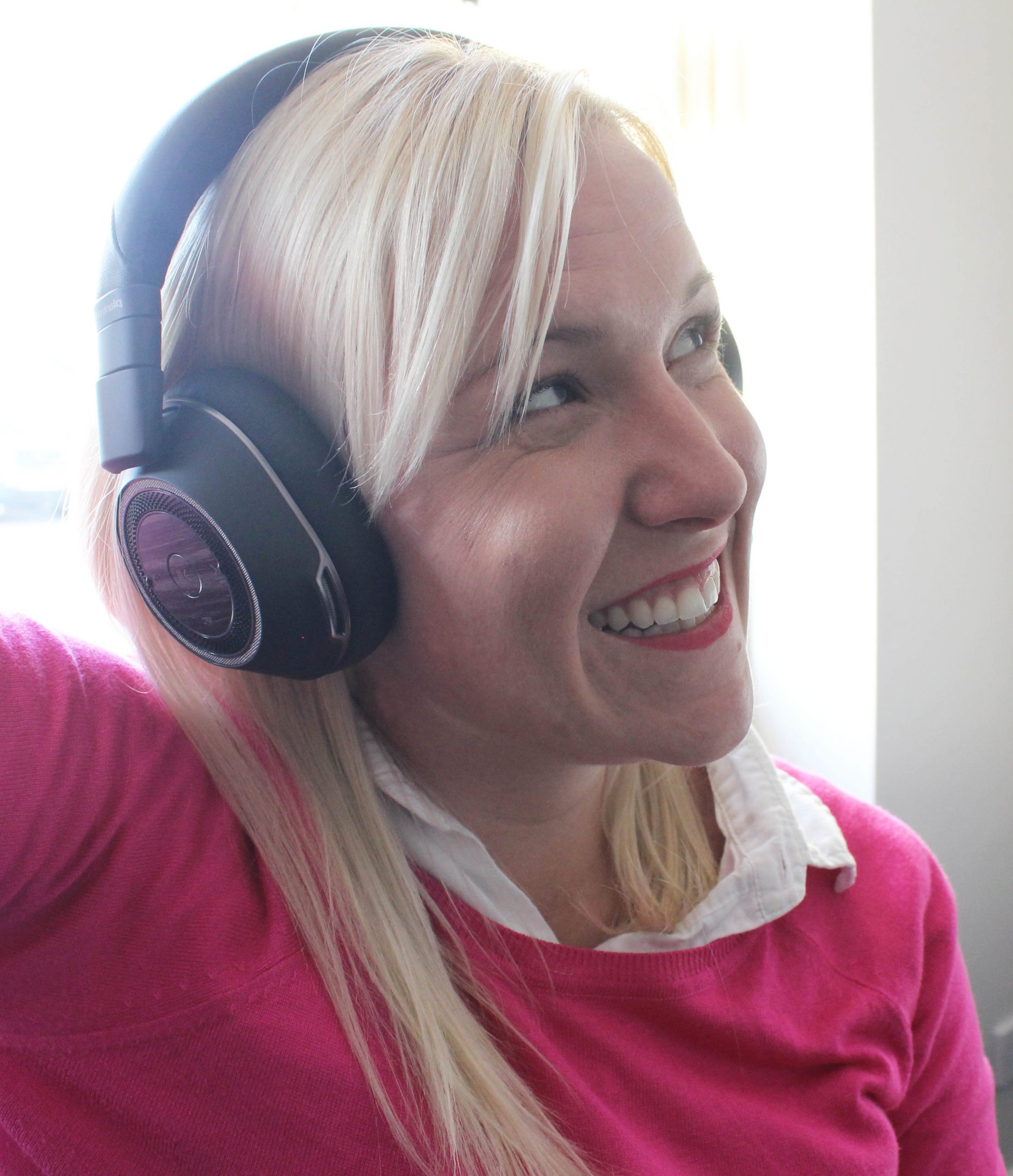 Caitlin, our Digital Marketing Specialist took the Voyager 8200 on her trip home to New York City. Here’s how it held up in the air!

Jackpot! The boss-man offered to let me borrow his new set of Plantronics 8200 headphones for my trip to New York. (I swear that suggesting we post reviews of new products was a great idea with absolutely no intentions of personal gain. 🙂 )

I am seated in the very back of the plane, with no possibility of reclining and am positioned in frighteningly close proximity to the bathroom. I was SURE I’d be trapped with no hope of rest or relaxation. Au contraire! I immediately tested out the Active Noise Cancelling (ANC) levels on the 8200 and boy, WHAT. A. LUXURY.

My first-time experiencing ANC on a flight and I immediately felt a shocking difference. I had never considered the noise level on a flight, believing that it just “is what it is”. And that my priority when flying is simply to land safely. Next in line is probably to avoid turbulence. And beyond that is making sure I don’t sleep through the meal.

The sound of a flight, short of being surrounded by a sea of unhappy children, was not exactly top of my list of concerns. It is now.

After experiencing the difference with the noise cancelling settings on, I couldn’t help but feel as though I was in a seat better than first class. I may not have had the personal attention and complimentary bubbly, but we all know that that thin blue curtain standing between us isn’t going to drown out the sound of the infant in row 13.

Next order of business was to choose a film. I went for a classic: True Romance. Which, if you haven’t seen it, really did put the 8200 to the test. Between the foot traffic to the restrooms, the intermittent and absolutely brutal fight scenes and the infrequent softer moments of the film, this headset managed it all. Once or twice I’d switched from the medium to high ANC settings to see what affect it would have, but ultimately, I stuck with the high setting. In this scenario, I hadn’t quite noticed a huge difference.

When you have something to compare it to, it’s easy to see just how loud the plane itself is in flight. That, coupled with wanting to enjoy a film and manage not to miss the meal, really allowed the 8200 to prove itself.

This is the first headset I have been able to wear for long durations without any sign of ear-pain, discomfort, and without having to readjust after long term use. In fact, it was only after the flight while going through border control that I realised I still had them on!

Despite how silly it may sound, I feel it is also important to note that the headset does come with the adapter cables needed connected to connect to a standard headphone jack. I’m so used to connecting my devices via Bluetooth that I hadn’t even considered the fact that the in-flight televisions still use the standard plug. I was so relieved to find it in the case that I thought it worth noting!

More often than not, I take the red-eye back to London. Being from the east coast of the states, I know the flight options well. The red-eye is often quieter, allowing for some work to get done and a nap to be had, making it an easier transition back to London-life. I have my whole system down. From my airport snack to my 2 mid-flight glasses of red wine and my 4 hours of sleep, it’s a process with a pretty good track record.

Not on this flight.

This flight included turbulence, snoring neighbours and a woman behind me that very clearly had a deep-rooted fear of flying. At even the slightest sign of turbulence, she would grab the back of my seat and shake it as if to make sure I wasn’t missing out. Now, the 8200 headset isn’t a miracle worker and can’t change the jet stream or weather (unless that’s simply a button I missed), but it did do a fantastic job at drowning out her accompanying shrieks. This left me with my eyes closed and my hands in the air pretending I was on a roller coaster instead of fearing for my life and bracing for death as the woman behind me was. (Yes, this did actually happen)

Needless to say, there were no movies to be watched and no nap to be had, but thanks to the boss’ trusty Plantronics Voyager 8200’s I was able to get some work done and make the guys next to me laugh with my roller coaster ride re-enactment. So all in all the flight was pretty tolerable!

The one suggestion I would put forward would be to supply a hard case for the headset. The Plantronics 8200 made such a great companion to have on a flight, however protecting them did worry me.

I will say however, that the soft case that comes with it is lined with one of the softest materials I have ever felt. So, Plantronics, if you could use that material for a pillow or sleeping bag accessory option with the Voyager 8200 headset, I think the world would be a better place…just saying.

This website uses cookies to improve your experience while you navigate through the website. Out of these cookies, the cookies that are categorized as necessary are stored on your browser as they are essential for the working of basic functionalities of the website. We also use third-party cookies that help us analyze and understand how you use this website. These cookies will be stored in your browser only with your consent. You also have the option to opt-out of these cookies. But opting out of some of these cookies may have an effect on your browsing experience.
Necessary Always Enabled
Necessary cookies are absolutely essential for the website to function properly. This category only includes cookies that ensures basic functionalities and security features of the website. These cookies do not store any personal information.
Non-necessary
Any cookies that may not be particularly necessary for the website to function and is used specifically to collect user personal data via analytics, ads, other embedded contents are termed as non-necessary cookies. It is mandatory to procure user consent prior to running these cookies on your website.
SAVE & ACCEPT